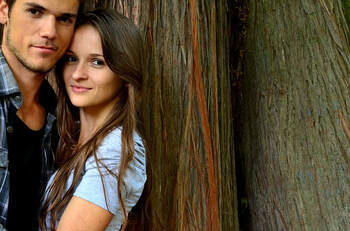 Annette steadied herself before entering the hospital room.  The last time they had seen each other, over forty years ago, had been unpleasant for both.  Preston had called off their engagement and she was returning the ring and other things she had collected during their courtship.  Standing face to face, he unleashed his anger with a vengeance and Annette had never understood the reason.  He had never talked to her like that before, even when he told her he didn’t want to marry.  The scene was surreal and confusing.  She had loved him with her entire heart.  That love combined with her low self-esteem failed to give her the courage to defend herself.  So she had stood there and silently accepted his avalanche of insults and painful verbal jabs.  She was angry with herself for being such a coward, but unable to muster the courage to speak.  It was years before she understood that what he demonstrated was actually pain, not anger.  He wasn't as ready to end the relationship as he professed.  The day she learned the reason for his tirade, her broken heart finally healed. 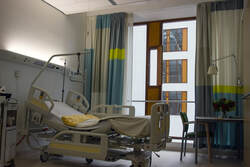 Preston’s eyes were closed and he didn’t answer.  Annette didn't wait for him to open them.  She slipped out the door with a much lighter heart than she entered.

Annette had always made it a point to stay at finer hotels when traveling alone.  She was not disappointed with the one she chose this trip.  The room was decorated in a modified Victorian style with Queen Anne chairs and plush drapery.  When she got in the bed, she felt the mattress wrap around her like a comforting hug.  She drifted off to sleep and was surprised when the alarm woke her.

She dressed quickly so she would have time to stop by the hospital on her way to the airport.  Breakfast might wait, but the plane wouldn't.

This time as Annette walked down the hospital corridors, her heart was light and her steps were quick.   Yesterday she had shyly stood outside the door.  Today she boldly walked into Preston’s room to tell him goodbye one more time.  Entering the room, her steps and her heart stopped.  The bed was empty.  It had been covered with fresh linen in anticipation for a new occupant.  Annette remembered Preston’s words about not seeing her again.  He had known he was going home.  Lord, thank you for letting me say goodbye.  Please give Preston a good homecoming and let him meet me at the gate when I come home.  Amen.